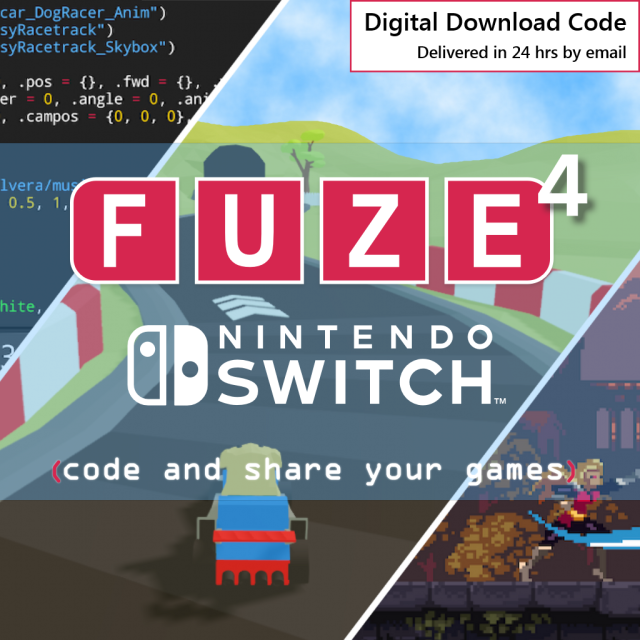 FUZE4 Nintendo Switch is a coding application for Nintendo Switch. It has been designed and developed by a team of experienced gamers, programmers, artists and educators. Programming languages all have their pros and cons. FUZE4 takes as many pros as we could cram in from a mix of these languages (C, Python & BASIC to name a few) to create a language that is as easy as BASIC, powerful like C and versatile like Python. The end result is a language ideally suited to coding games and apps for absolute beginners and seasoned programmers alike. Here's the full rundown:

Built in libraries for 2D, 3D and Audio
​Game Assets

Over $1,000 worth of high-quality gaming assets
Tools

FUZE4 Nintendo Switch is equipped with a Tile Map editor for creating your own 2D levels, backgrounds, top down maps and landscapes etc.
Help